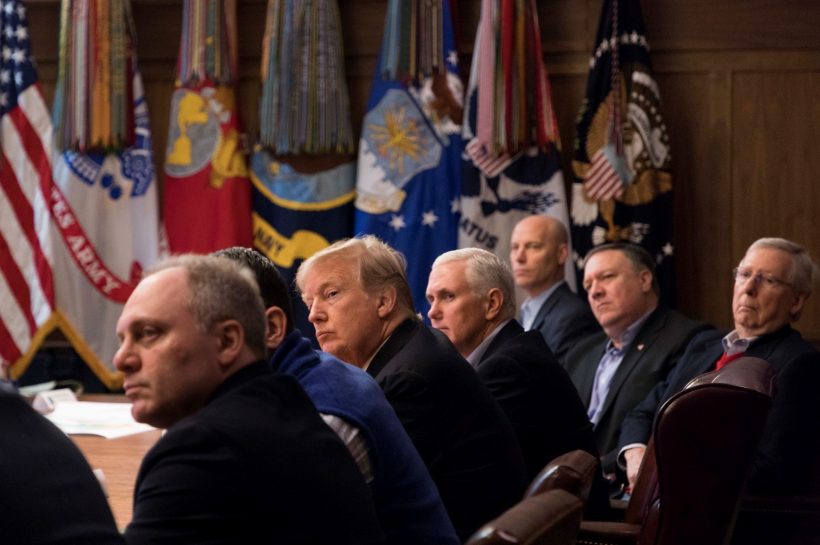 Impeachment has not been a common procedure throughout American history. There have only been two articles of impeachment filed against presidents in American history, one against Andrew Johnson and one against Bill Clinton. Richard Nixon resigned before his could be voted on in the House of Representatives. There has never been a President whose impeachment led him to be removed from office, though Johnson was saved by a single vote. However, Donald Trump is likely to receive the unwanted distinction of being the first President this century to be impeached, a prospect that would lead to the utter befuddlement of every political forecaster for 2020.

The case against Trump centers around his actions toward the Ukranian president Volodymyr Zelenskiy. Congress had authorized military aid to Ukraine, which is constantly under threat from its border with Russia. The White House withheld said aid, though when Congress began to investigate the withholding in Sept. of 2018, it released the aid as required. However, a released transcript of a July 25 called between Trump and Zelenskiy have sparked an investigation into how the aid was withheld.

Throughout Nov., the House has called witness from the White House and State Department to reconstruct the circumstances behind the withholding. According to Ambassador to the European Union Gordon Sondland and former Special Envoy to Ukraine Kurt Volker, Trump has made it clear that diplomatic relations with Ukraine were contingent on the requirements set by Trump’s personal attorney, former mayor of New York Rudy Giuliani. Giuliani sought to make the aid contingent on Zelenskiy’s government issuing an announcement that they were reopening an investigation into Burisma, a Ukranian energy company. Sondland claimed that Giuliani did not even necessitate that an actual investigation be performed, only that an investigation was announced.

Burisma was likely in the crosshairs of the White House due to Hunter Biden, son of former Vice President Joe Biden, being on its board of directors. Hunter joined Burisma in early 2016, shortly after being discharged from the Navy due to testing positive for cocaine use. Hunter, despite having no experience in the energy industry, was given a position on the board of directors, where he was collecting over $50,000 a month. Coinciding with this is then Vice President Biden pressuring the Ukrainian government into firing the prosecutor Viktor Shokin, which Giuliani has claimed was done to protect Burisma from legal scrutiny. Biden, and other members of the Obama White House, claim this was done in line to preexisting White House policy.

Additionally, the transcript of the call between Trump and Zelensky shows that Trump wanted Zelensky to look into Crowdstrike and “the server.” This is in reference to a theory that Crowdstrike, the company that announced the Russians had hacked the Democratic National Committee’s (DNC) emails during the 2016 election, was actually covering for the pro-Clinton Ukranian government’s interference in the election, which they then framed on Russia. There has been no evidence to support this theory.

The last public hearing occurred on Nov. 21, and the House has a few options on how to proceed. If the House Intelligence Committee schedules no more hearings, it will pass its findings to the House Judiciary Committee, which may hold more hearings or draft articles of impeachment outright, which would then be voted on the floor. The Senate is expected to then hold a trial, which may be an issue for the Democratic Senators in the primary, who would otherwise be out on the campaign trail.

Impeachment of the President, according to the Constitution, should be done in cases of “Treason, Bribery, or other high Crimes and Misdemeanors.” Despite the legal language, no specific law must be broken for an impeachment to occur.

The meaning of “high Crimes and Misdemeanors” is unclear, as is whether there is a legally enforceable minimum a President’s actions need to transgress beyond drawing Congress’s ire. Standards and norms for the impeachment of the President are hard to divine, given the rarity of the process.

“We have only had two [presidential] impeachments ever, and an investigation into Nixon that didn’t actually have an impeachment before his resignation,” Gorup said. “So, it’s difficult to answer a lot of these questions as there is not a lot of history to turn to. Again, I want to emphasize that it is a political process, so there aren’t very clear boundaries as to what qualifies as an acceptable or valid article of impeachment.”