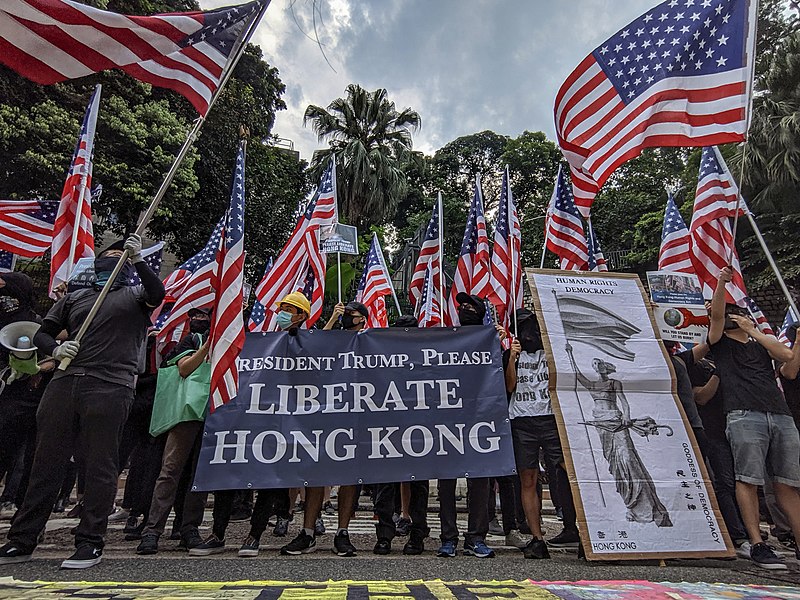 Since June 2019, demonstrators in Hong Kong have called for greater autonomy from China. For months, protestors have called on the U.S. and other western nations to step in and support their cause for freedom. On Nov. 27, President Donald Trump signed the Hong Kong Human Rights and Democracy Act of 2019. The bill received broad bipartisan support and was aided by lobbying efforts from Hong Kong activists such as 23-year-old Joshua Wong, who serves as the secretary-general for the pro-democracy Demosistō in Hong Kong. Along with the Hong Kong Human Rights and Democracy Act, President Trump also signed a second bill banning the sale of U.S. rubber bullets, tear gas and other crowd-controlling munitions to Hong Kong police forces.

While the passing of the bill is a step forward in Hong Kong’s pursuit of democracy, Wong recognizes there is still more action needed.

“President Trump signed the bill just to increase the bargaining chips of Hongkongers,” Wong said in an interview with the South China Morning Post. “I don’t really care if they truly, fundamentally, in their hearts, support Hong Kong. We just want to make things done, make the act passed and signed.”

Demonstrations began over a controversial bill presented to the Hong Kong legislature that would allow people facing charges in Hong Kong to be extradited to mainland China, a country where defendant’s rights are often not respected. What started with peaceful protests over extradition soon escalated, as police took drastic actions by firing rubber bullets and tear gas into crowds of protesters. Over time, tensions between police and protestors have risen: over one thousand arrests have been made since June.

Protestors in Hong Kong celebrated the passing of the American bill by holding a “Thanksgiving rally,” Some brought U.S. flags to wave and wrap around themselves. It is not the first time protestors have used the U.S. as a symbol of democracy and freedom. Protestors sang “The Star-Spangled Banner” during past demonstrations and one protestor yelled Patrick Henry’s famous quote “Give me liberty, or give me death!”

The bill requires the State Department to annually report to Congress on whether Hong Kong is sufficiently autonomous to maintain its special trading status with the U.S. The bill states that the President is able to “submit a report to the appropriate congressional committees, that identifies each foreign person that the President determines is responsible for— (A) the extrajudicial rendition, arbitrary detention or torture of any person in Hong Kong; or (B) other gross violations of internationally recognized human rights in Hong Kong.”

The President’s signing of the bill was all-but inevitable, as the Hong Kong Human Rights and Democracy Act passed the Senate unanimously and received a vote of 417-1 in the House of Representatives, both veto-proof majorities.

Despite the signing of both bills, President Trump has held back from voicing support of the Hong Kong protests, preferring a neutral stance between the Hong Kong people and the Chinese government.

“I signed these bills out of respect for President Xi, China and the people of Hong Kong,” Trump said in a statement. “They are being enacted in the hope that leaders and representatives of China and Hong Kong will be able to amicably settle their differences leading to long-term peace and prosperity for all.”

“We advise the U.S. not to act arbitrarily, or else China must firmly counteract, and the U.S. must bear all resulting consequences,” China’s foreign ministry said in a statement.

Currently, Hong Kong does not face any sanctions or tariffs, as it holds a special trading status separate from China, which allows Hong Kong to evade the tariffs on China. However, if the State Department found that Hong Kong was not sufficiently autonomous under the Hong Kong Democracy Act, then Hong Kong would face the same economic pressures as China.

Information for this article was gathered from scmp.com, congress.gov, apnews.com, nytimes.com, cnbc.com and reuters.com.