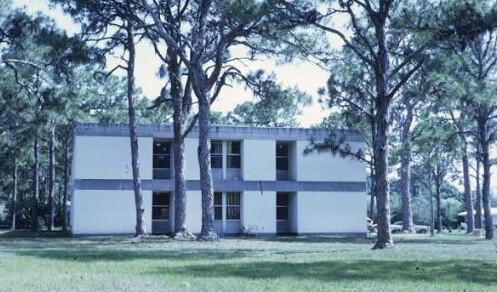 In the last few months, students’ safety on campus has become a very significant issue that has continued to be addressed by both students and administration following a break-in at the Dort and Gold residence halls at the beginning of the semester. The incident forced administrators to reconsider the security of the school’s various dorm buildings. Following the break-in, Dort and Gold dorm rooms and lounges as well as Pei lounges have been secured with new locks, and door alarms were distributed to students living in Dort and Gold, Pei and letter dorms on Pei campus as early as the day after the break-in. While administration immediately focused on the side of campus that suffered from the breach, questions arose surrounding the way that the school would take care of B Dorm and its residents’ concerns about their safety.

“Since the break-ins last year, I’ve been very wary on campus at night,” third-year Jude Zelznak said. “Living in B does have its downsides in terms of security, so a lot of us were worried about the school’s response for us.”

B Dorm’s unique layout has brought cause for concern for its residents following the break-in. Additionally, B Dorm students have feared that the dorm had been left out of the bulk of the conversation regarding safety on campus.

“I think the safety of all dorms on campus should be taken into consideration a lot more,” Zelznak continued. “But B in particular is absolutely forgotten more often than not. We weren’t given door alarms until about a week or two ago.”

“Since I have stepped into my interim role, it has been a priority of securing B Dorm’s exterior entrances,” Gelfert said. “We have been in the process of ensuring that those exterior entrances require a key to get into the building. We’ve already secured a quote to see if installation can be achieved as soon as possible.”

Similarly, members of the Campus Police Department (CPD) stressed that officers have still kept B Dorm in mind throughout this process.

“In light of the recent break-in, police patrolling has increased throughout the entire campus,” CPD Sergeant Jennifer Coley said. “B Dorm is the only residential building on the west side of campus, [within walking distance of the cop shop] so we always patrol B heavily, whether officers are driving or on foot.”

Vice President of Student Affairs Marjorie Thomas also assured students that the delayed nature of the school’s response is in no way intentional or out of neglect.

“When it comes to B Dorm, there’s a lot more to consider when we’re planning changes for the residents,” Thomas commented. “We [administration] know that B has a special sense of community and that students are used to it being a certain way, but our main priority is the students’ safety. We also have had to hold off on a lot of progress on B’s safety due to issues with the supply chain for the locks and bidding for an estimate.”

Thomas and Gelfert both emphasized that the administration has been working hard to ensure the residents of B do not have to wrestle with anxiety of being in danger once the sun dips below the horizon. Staff have also considered the impact that students can have on their own community’s feelings of security.

“I think our students are incredible advocates for ourselves and for each other,” Gelfert shared. “Students are very clear with what their needs are, so speaking with communities more is very important. Each community campus is unique, so understanding that is important to fortify and amplify what we want it to be like. This all comes back to taking care of one another.”

Looking to the future of B’s progress on security updates and the issue of campus safety as a whole, Gelfert found herself feeling enthusiastic.

“I hope there can be many different ways students engage with us [about these issues],” Gelfert said. “Together we can form a complete picture of how to move forward. I’m really grateful to this community for being candid with me in seeing me as a partner and as an ally. I understand how important safety is because this is a place I call home too.”

A community meeting for B dorm’s residents is scheduled to take place in November prior to students leaving for break. Residents of the dorm should feel encouraged to attend to be able to voice any concerns they may have or any ideas for improving their community.

“In order to build community, you have to be a part of it,” Gelfert concluded.