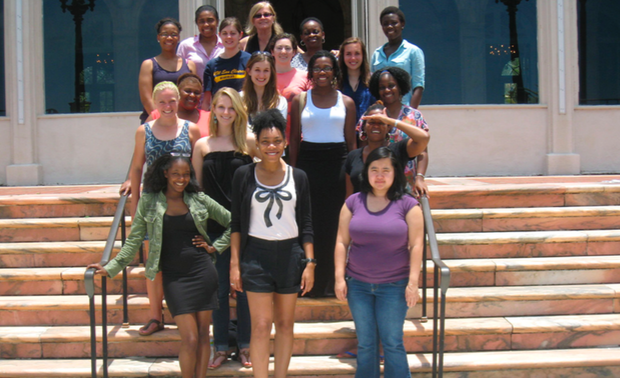 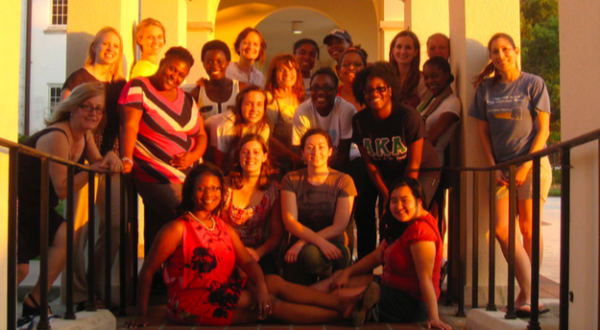 Non-cis male representation in science, technology, engineering and mathematics (STEM) fields has long been a concern in academic communities. Research shows that the percent of American Ph.D.’s earned by women in 2011 in areas such as physics, computer science, engineering and math can be as little as 18 percent. But does New College – named as one of the top 10 most gender-inclusive and LGBT-friendly campuses in the U.S. by the Princeton Review – reflect national trends of male-dominated academia?

According to data from New College’s Office of Institutional Research*, about 60 percent of graduates in recent years have been assigned female at birth (AFAB), while the percentage of AFAB individuals who declared their areas of concentration in fields like mathematics is as low as 7 percent.

“If you look at all the workers in STEM fields there are definitely typical gender disparities, and in some ways I think New College does track with those disparities, but not in every discipline,” Katherine Walstrom, chair of the Natural Sciences Department and professor of biochemistry, said.

Studies have shown that women are underrepresented in fields where success is believed to require innate talent and brilliance. Cultural stereotypes may enforce the belief that men are more likely than women to possess raw brilliance or aptitude, leading to discrimination in those fields.

“[In this study] the fields with the highest gender disparities were the ones which people thought were most important to have innate ability in to be successful, some of the highest ones being math and physics,” Walstrom said. Also high on this scale were music, philosophy, engineering, and computer science among others. Gender disparities in humanities fields will be covered in next issue of the Catalyst.

But what is it about STEM fields that keeps non-cisgender males in the margins? “Math-phobia can be imparted to students and that can be very gendered,” Professor Steve Shipman said, professor of physical chemistry and program advisor for gender studies. “To get very far in chemistry [and many other STEM fields], you need calculus. Part of it is denigrating math as a tool and implying that it’s not for women makes people much less likely to be comfortable with it and use it.”

“There’s a societal pressure that females don’t do math, that it’s almost unattractive to be good at math,” Eirini Poimenidou, professor of mathematics, said. “One of the biggest problems I think we’re having in math is the gender disparity. Last year I was teaching an Advanced Linear Algebra class where I had 15 males and zero females. This is going to be a new priority for the math program.”

“I feel females need active encouragement [to pursue math],” Poimenidou continued. “It’s really a question of confidence, not ability. It seems the way some females react to challenges in the curriculum is, ‘This is not for me,’ and they never come back to math. We need to have more resources and a supportive environment for them.” 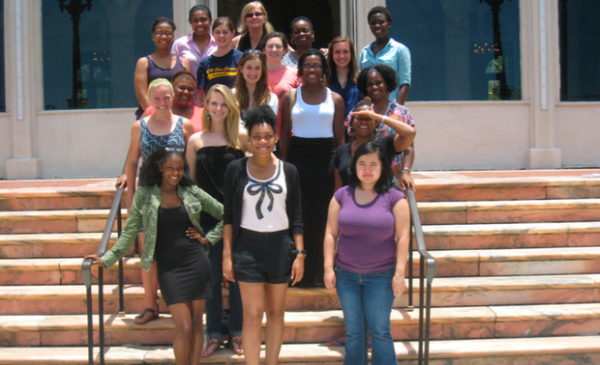 Systematic confidence issues among non-cis males in STEM fields may be attributed to imposter syndrome, a psychological term referring to “high-achieving individuals,” particularly women, who believe they do not deserve their success and are persistently afraid of being exposed as a fraud.

“When your confidence is shaken, you should just believe in yourself and do it. The boys are all going through the same thing,” Poimenidou said.

“The image of a scientist is still this older white guy in a lab coat, or in Tevas and an ugly Hawaiian shirt, but that image can be very alienating to a lot of people,” Professor of Biology and Environmental Studies Emily Saarinen said.

“I try to go out of my way in my classes to highlight underrepresented scientists,” Saarinen continued. “We talk about scientists like Tyrone Hayes, Nalini Nadkarni, Colleen Cavanaugh – I want to show students people who have backgrounds like them or look like them who did really important research. It’s hard to achieve something when you don’t see people who look like you in the field.”

Beyond New College, support for non-cis male students in STEM fields may be much slimmer.

“At the moment I am not seeing a big gender disparity in the classes I teach, but once you move beyond the undergraduate level, I do tend to see major changes,” Saarinen said. “I see a lot of females pushed into certain kinds of work like teaching instead and not being supported for field research, which has a lot of negative repercussions.”

“Often when field research stations are run by older men, young women aren’t seen as a positive asset. Our bodies often do things like menstruate and nurse which are seen as an inconvenience. But my female colleagues and I have done field work with a baby on our back, which is cool because we’re training another generation,” Saarinen said. “Babies are not an inconvenience; they are a biological reality. I study butterflies, so why wouldn’t I have my little caterpillars with me?”

One effort to address this lack of support is the Enhancing Diversity in Graduate Education (EDGE) project.

“I hosted the EDGE program at New College in 2006 and 2013,” Poimenidou said. “We invite women who have been accepted into grad programs for math, and the summer before they start, we have this month-long program where we teach them two of the courses that they’re going to take. We also create a support network for them to go to when they freak out in their first year of grad school. I as a female mathematician need my support network which I find with these women.”

“I’m hopeful that we can make a difference for non-cis male students going forward, that there is a place for you and you can succeed in doing field research,” Saarinen said. “The strength of the discipline is only going to be improved the more diverse group of scientists we have working in it.”

*Information received from New College’s Office of Institutional Research is organized by assigned sex at birth. There is no information regarding the preferred gender breakdown of AOCs.

Information from this article was sourced from the psychological study “Women are underrepresented in fields where success is believed to require brilliance” in the journal Frontiers in Psychology.