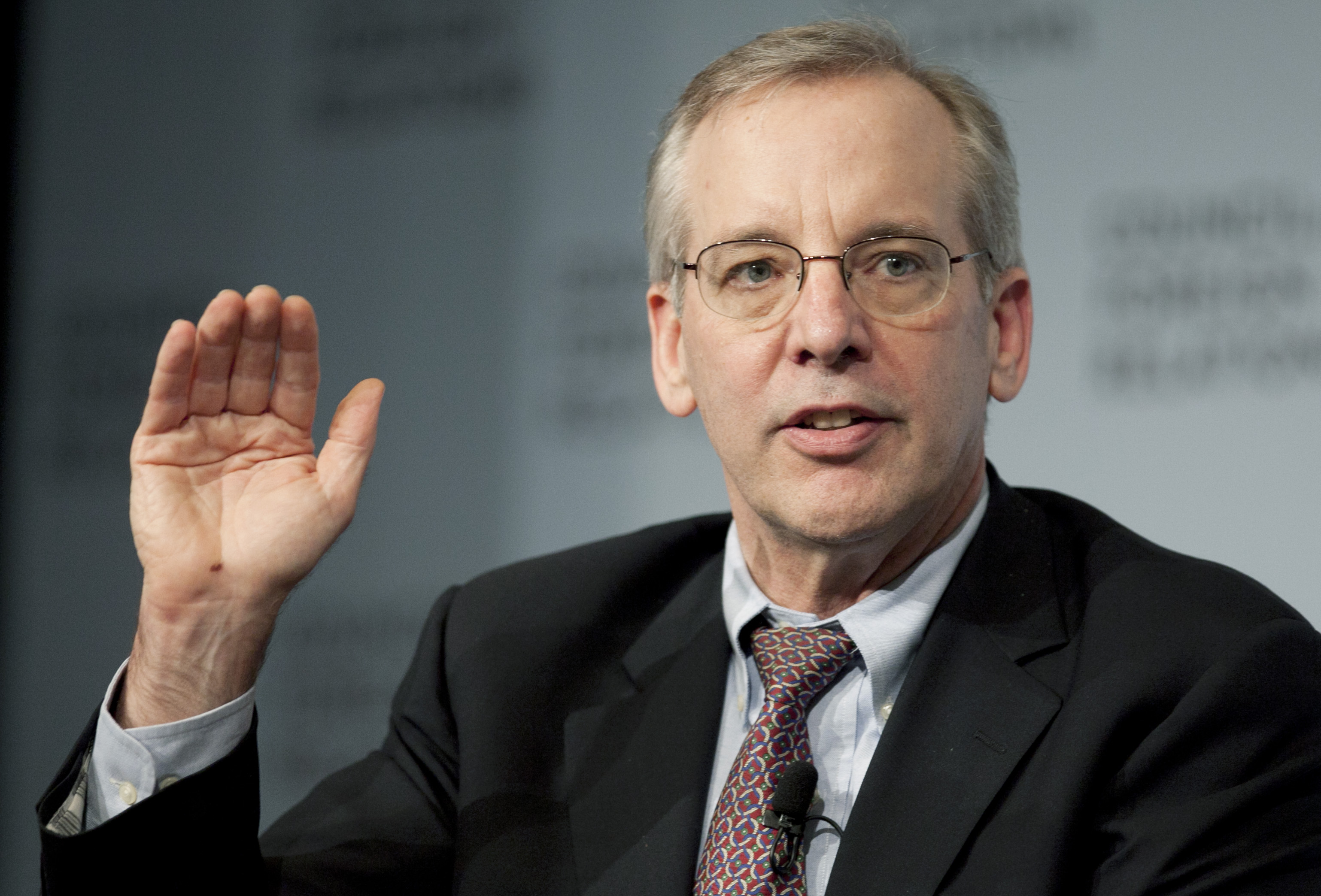 On March 31, New College alum and President and CEO of the Federal Reserve of New York Bill Dudley (’74) returned to the school after participating in a University of South Florida financial literacy conference to discuss the future of the economy with students and faculty interested in economics and finance and give them a glimpse into the full potential of a New College education.

“I like New College a lot, it’s very valuable for me in terms of my educational experience,” Dudley said. “So I like to come back to maybe share my experiences and since I was here I thought I’d spend a little bit of time on campus with the students and try to be helpful in any way that I can.”

In addition to being President of the Federal Reserve, Dudley is also a member of the Group of Thirty (G30), a prestigious international body of leading financiers and academics who has served as Vice-Chairman of the Federal Open Market Committee since 2009. He is also a former chief economist for Goldman Sachs.

“When I joined the New York Fed in 2007, I was running the markets group. I didn’t join because I thought I was going to become the President of the New York Fed,” Dudley said. “You just have to work hard and have some good luck, so when Tim [Geithner] became the Treasury Secretary under Barack Obama’s presidency, the President of the New York Fed position opened up and we were in the middle of a financial crisis. I knew what was going on because I was a participant and so the Board of Directors and Board of Governors decided I was the right choice.”

Dudley’s talk was split into two sessions, guided by the questions of the student and faculty participants. The first focused on the state of the economy going forward and placed an emphasis on monetary policy.

“There’s still a lot of things to be worked out in economics. As we saw in the financial crisis, what happens in economics and finance can still have huge effects for the macro-economy,” Dudley said. “So, I think one of the challenges going forward is to integrate macroeconomics with finance a little bit better so we can understand the risks in the macro-economy stemming from the financial sector. So, making improvements in terms of how we think about financial stability risks, when we identify financial stability risks, figure out what to do about them. It’s not like we’ve solved everything, there’s a heck of a lot more work to do.”

Dudley then took questions about potential careers in economics and finance and gave students advice about how to make the most of a New College education.

“I think the first thing is to make sure you have a passion about whatever field of economics and finance that you’re studying and two, I would just say, especially if you’re going to graduate school, take more math than I did,” Dudley said. “I only had a half semester of college calculus so when I got to graduate school in Economics, it was really challenging because I had to do all the math and economics simultaneously. It’s really important while you’re in college to take the harder subjects that maybe would be harder to learn on your own, like statistics, like college calculus.”

Among the students in attendance was third-year Economics/Finance student Julien Baruch, who drove all the way from Miami to attend the talk.

“I wanted to see how exactly he applied his education into the economics field and how he advanced into that and why he advanced into that,” Baruch said. “This is someone who has very detailed knowledge of what’s going on in the government, what’s going on in the economy and it’s just something that I thought was a very interesting thing to do. He definitely spoke about a lot of things and about a lot of different ways of thinking, different ideas that I can definitely apply in my field and in my thesis and just generally the way I think.”