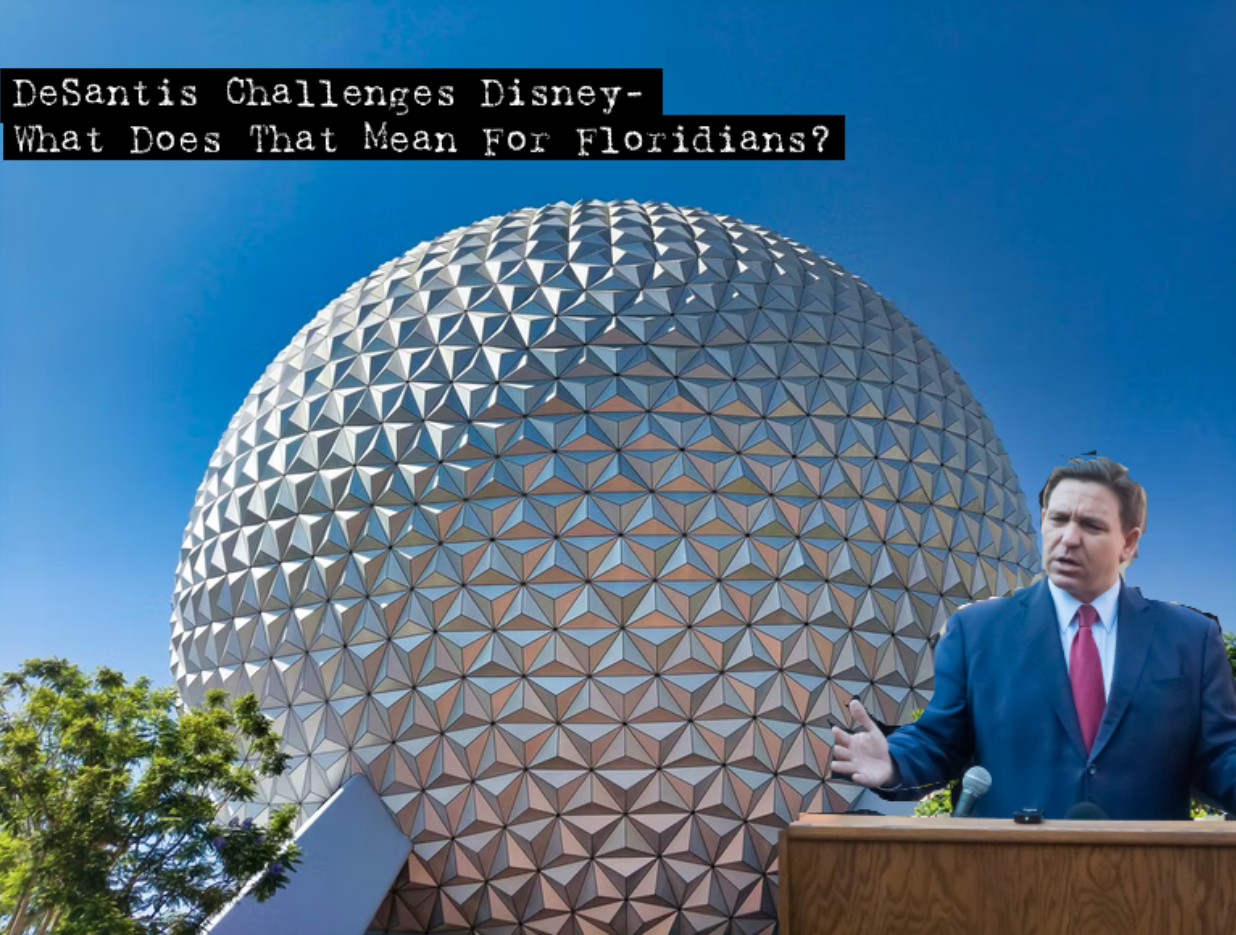 On Apr. 22, Florida Gov. Ron DeSantis, rising Republican star (and Catalyst regular) fired the first opening salvo in what might become an extended legal battle between his administration and the Walt Disney Corporation by dissolving the Reedy Creek Improvement District (RCID), essentially a county carved out of Osceola and Orange that is governed by Disney. What does that mean, though, and how could it possibly play out?

What is the Reedy Creek Improvement District?

A roughly 40-square-mile range of land in the middle of nowhere, the RCID was founded in 1967 after Walt Disney aggressively petitioned the Florida legislature for it. The RCID has basically all the powers of a county government, granting the Walt Disney World Resort the power to levy taxes, pass laws and provide infrastructure for the people that live there. The RCID was sold on the premise of Walt Disney building his experimental city—his Experimental Prototype City of Tomorrow (EPCOT)—-in the middle of Florida, creating a major metropolitan area that would guide city development for decades to come. His death, however, came much too swift, and without Walt Disney, the company did not make an effort to bring his experiment to life, insteading continuing to build an expansive resort.

The RCID would come to include two distinct cities, Bay Lake and Lake Buena Vista, as well as become the host for the ill-fated Celebration—which was jettisoned from the district for fear of its citizens being able to influence legislative action—and granted the Walt Disney Company the ability to annex nearby land for public use.

The RCID has also, perhaps most importantly, taken on over one billion dollars in bonds, with the Florida legislature frequently granting it an immense amount of money for more tourism development or the creation of low-income housing.

What is DeSantis’s Problem with Disney?

DeSantis has been fighting with Disney for weeks, starting with their response to the “Don’t Say Gay” bill. After getting caught supporting politicians that approved of the legislation, Disney publicly apologized and elected to avoid supporting local politicians in the first place. Their CEO, Bob Chapek, also made several remarks decrying the legislation.

DeSantis has responded by dissolving the RCID, effective 2023, hoping that punishing the megacorporation would boost his reputation in Republican circles as the primaries draw closer and closer. Since mid-April, the right has made Disney, of all things, the newest target in their crusade against “woke” corporations.

DeSantis, as a response, elected to dissolve the RCID. This would abolish many of Disney’s special privileges in the state, as well as their control over the municipal government in the area. The land would be split between the counties it formed from, and their economic privileges revoked. Disney has responded, strangely enough, by saying they’re too in debt to the state for it to be possible.

What happens, then, if the RCID is decimated anyway, by way of some legality or technicality? Chaos, say experts. Nominally, Orange and Osceola would be expected to split the bill, but over $500 million can be something of a tax strain on a county. It’s also unclear if these states would even be capable of maintaining Disney. Disney World requires a massive amount of money to sustain itself, and part of the way it does that is by exacting extremely significant property taxes on businesses within the border. Paying for the utilities of Disney World when a private company with nearly unlimited resources has been building up exponentially more infrastructure in the area than anywhere else in the world would be extravagantly expensive, especially in Orange County, where Reaganite control is only just now starting to break.

This is Desantis’s real problem—that while fighting Disney might make him look good for his hardline base, the vast majority of Floridians will probably not support the man that tried to drive out their biggest industry, especially if he succeeds. DeSantis has caught himself between a rock and a hard place—deal a major blow to the most important industry in his own state, causing what might be decades of economic fallout, or back down in the face of one of the most powerful corporations in the world after trying to bring down the “woke” mob.